I was interviewing my cousin the other day for my book. When we got to the topic of growing up as a Chinese American, she shared this poetry video with me:

Growing up in a predominantly white neighborhood in Westwood Massachusetts, my cousin found herself hating being Asian for the first nine years of her life. While she got to have a great education in the wealthy neighborhood, she struggled to find people who look like her. The diversity is so bad that they even have a program that brings students from Boston to diversify the school.

“My childhood was so confusing that I really don’t know who I am.”

My cousin is the only non-white kid in class. She looks different. She eats pork and rice while others are having their Ceasar Salad or Mac and Cheese at lunch. Being so different was quite scary to a five-year-old. All she wanted is to blend in and be normal.

As an attempt to fit in, she quitted the Chinese School because she just wanted to speak English. Even though she is ethnically Chinese, she didn’t feel much connections besides enjoying dim sum. Being nurtured by the predominantly white school, other kids would call her Whasian, a racial slur calling out her as a white person trapped inside a Chinese body.

This cultural shaming stuck with her until she was transferred to a private school in Milton. The private school not only has better education but also a much better diversity. In her new class, there was only one white kid. Surrounded by Asian Americans from Quincy and African Americans from Jamaica Plain, my cousin finally began to see that she is not that different from.

“I really started to find myself and realize that I shouldn’t be ashamed of my culture. I need to own up to and be proud of who I am.”

My cousin regretted quitting Chinese School and missing out on being Chinese. To get back in touch with her own culture, She even tried to live up to the Asian stereotypes of being quiet, working hard, and getting straight As. In her own words, “I just want to be the fullest Asian I can possibly be.”

My cousin tried really hard to be the best person she could be. At first, she wanted to be White. After she got reminded of being Asian, she picked up the stereotypes that made her more Asian. She got so good at context switching and fitting in that she lost sight of how to become more of herself.

“I feel like every few months, I try to be someone different, but honestly, I feel like nothing fits me because none of them are actually me.”

I originally thought that it was a lack of self-awareness, but it turns out that my cousin has a pretty good sense of who she is. She told me how she enjoys talking but plays introvert to fit into the Asian stereotype. She told me that she was afraid of being herself will scare off others.

“I don’t know they will accept me for who I am.”

Just like many teenagers, she wants to be liked and accepted by her tribe. Yet she has come to the awareness that she doesn’t need to be popular to be successful. When asked about why success is important to her, she shared that she wanted to make her family proud of her.

There’s more to the story, but I am going to stop here today. 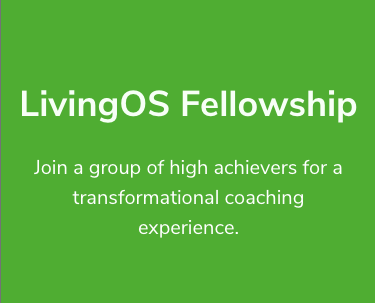